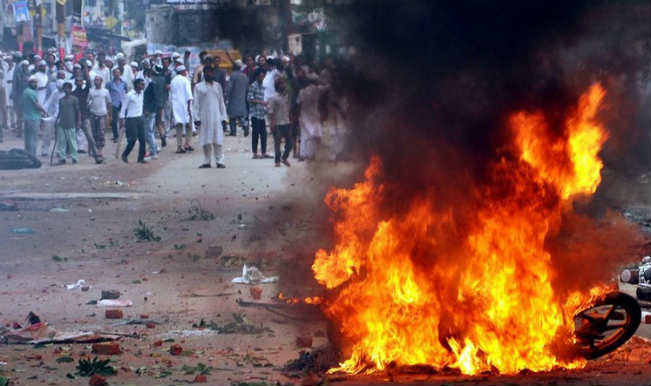 Do you want to talk to this Pakistan?

Often Kashmir Separatist want Pakistan to interfere in India’s internal affairs. They want peace talk with Pakistan, and want to be a part of the talks.

Pakistan, the country that has never found out who is running the country from the day of its birth, and has more people killed by their own people than in any war (and pretend that they are protecting Kashmiris!), want peace talks.The nation that cannot protect its own citizens, how they are going to protect foreign citizens? The country where the word ‘democracy’ is a joke, and army is the main power even after elections.

And the Pakistan army keeps on firing at Indian soldiers and innocent residents of Kashmir, even at the time when the peace talks are underway. Yet the separatist and other Pakistan supporters in India keep on chanting the ‘Peace Talk’ Mantra.The strange reason they show is “We Kashmiri’s are suffering, getting killed, so lets beg Pakistan to stop killing us” Who is killing Kashmiris? Same Pakistan with whom they want dialogue? What would happen if Pakistan fire at Chinese soldiers, to start peace talk, or some kind of talk? Would they dare to confront USA? They beg for few dollars from America, and  sell their sovereignty for it. They only salute power, not peace talks.

If Kashmir issue is resolved, Pakistan will find another reason to fire at India, to divert the attention from their internal problems. The country in which more people have died by their own countrymen than by any enemy.

I haven’t seen any separatist coming on TV and asking Imaran Khan, Pakistani Army, ISI and Navaz Shariff to have a peace talks among them; so India has one clear representative for peace talks!!!!! I guarantee, they won’t give a damn about your sentiment.

India is way more prosperous, and militarily stronger than Pakistan. India should declare that Kashmir is an  integral part of India, and Kashmir issue is off the table from any talk. If Pakistan wants development, lets talk trade. Engage in cultural harmony. Stop all the talks for one year, if one incident of violence occurs on the border.

At the same time, India should do everything to make Kashmir a prosperous state, with safeguard against Pakistan firing  at the citizens of India. It would be much cheaper than having dissatisfied misguided youth, who become  prey for separatists’ and other propagandists’ anti-India terrorism-recruitment. Much more cheaper than money spent on ammunition and other security measures, and lives lost. Let Kashmirs fall in love with India. and the opportunist separatists and pro-Pakistani politicians will fade away.

Lets make Kashmir heaven on the earth with the natural beauty it is gifted with; with tourists pouring in from all over the world, bringing prosperity; with Kashmiri Hindus and Muslims, shoulder to shoulder, chanting ‘Jay Hind, Jay Bharat!’