Read the article below the picture 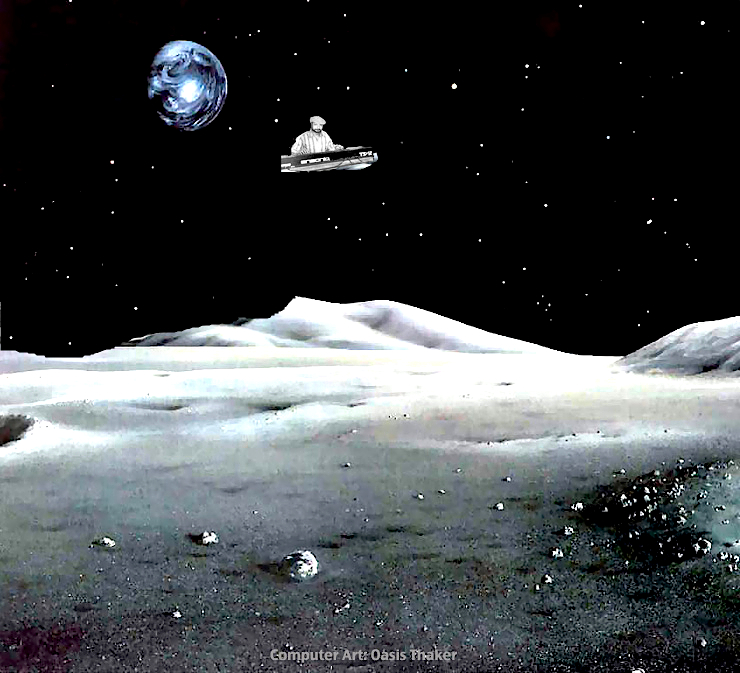 I was born in a little village in India. Then there was no electricity, no running water, and almost nothing to do after dark. Most of us slept outside. Experiencing and enjoying moonlight was so intense, that today’s generation living in cable TV and internet will not even touch the surface of the ‘Moon-struck’ emotions that we experienced.

When my teacher in the elementary school first taught that the earth was born from the sun, and the moon was separated from the earth during the process, I was fascinated. I first realized that the moon was not a small lamp in the sky, but a huge rock lit by the sun; and looked like a lamp, when a part of earth was in the shadow.

I was curious. I asked the teacher: “In other words, if we were on the moon, and the sunlight fell on the earth, the earth would look like moon, correct?”

Teacher: “yes, and even bigger!”

Remember, this was long before the man had thought about going to moon.

Many times I used to picture myself on the moon, with tiny humans walking around on moon-like, lit earth.

Who knew then, that one day I would go to USA and my first job would be at NASA as an engineer?!

When I was working on the album, ‘  DewDrops on The Oasis’,

I believe that all the songs in the album are equally good; but in the mind of the listeners, this song is the best, because it has received the maximum number of hits.

You have been listening to the sample for long time. Here is the full song.

2 Responses to Full-Earth Nite on the Moon – Oasis Thacker