FOLK-JOKES 3 – [When Does the Life Begin?] – Oasis Thacker 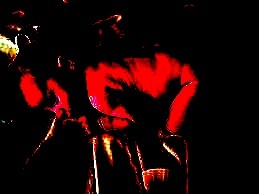 I heard this joke sometimes during 80’s. I was a member of a Task-Force for ‘400Hz Ground Power Development’ in ATA (Air Transport Association)

By the way, my name was Ghanshyam Thakkar then, shown as G.R.Thakkar, representing American Airlines. The Chairperson began his speech with this joke, because he knew it was going to go down the hill after that :).

In the time of the constant fighting between the ‘Pro-life Groups’ and ‘Women’s Right to Choose Groups’, this joke may deliver a serious message to both the sides. But that in not the intention. This is just for a laugh.

Here is the joke:

Few friends got together and began discussing the serious topic: ‘When does the life begin?’

One said: Life begins at the time of conception.

Second: No, life begins when a kid is born.

Third: No, no, life begins when he/she begins going to school.

FOURTH: AS A MATTER OF FACT, LIFE BEGINS WHEN YOUR KIDS MOVE AWAY, AND YOUR DOG DIE …………..

3 Responses to FOLK-JOKES 3 – [When Does the Life Begin?] – Oasis Thacker