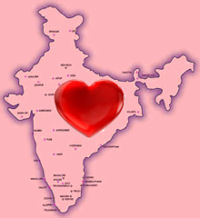 Happy Republic Day India. I am very happy to let you know that, this video has received highest number of views, of all the videos I have published.

When I created this video in late 2011, I did not know that in 2014, Shri Narendra Modi would be the prime minister of India, and one of his biggest campaign would be the Cleanliness Campaign. The video projects the same sentiment and more. I have composed the song in two parts. The first part is upbeat sentiment, that represents what the true meaning of the song should be.  In the second part, the tempo, the emotion of the composition change. It shows the sad sarcasm, the reality that is completely opposite to the sentiment of the song.

Sometimes our patriotism is merely lips service and hypocritical slogans. This beautiful song by the great poet Iqbal represented his vision of India. But unfortunately people never captured the true meaning of the song. The river Ganga, that Indian people worship as mother, became the dirtiest river in the world. Everywhere there were ‘Himalayas of garbage dumps’ Like Gandhi, Narendr Modi realized that until we start practicing cleanliness, our greatness will be covered with trash.

As the video suggests, and Mr. Modi has explained; cleanliness is not only that of rivers and streets. It is also cleanliness of thinking. The unclean thinking of a society results in violence, hatred, selfishness, and corruption. Even if the society or a country shows signs of progress or greatness, that would be short lived, if it lacks complete cleanliness of streets, rivers, hearts and minds of the society.

This republic day is very special in many ways. This will be Mr. Narendra Modi’s first republic day as the prime minister of India. Also, first time the President of USA, Mr. Barak Obama, will be attending India’s Republic Day celebration. USA is the country that showed the path of freedom to the rest of the world. Therefore Mr. Obama’s presence is very appropriate.

As all of you know, I was born in India as Indian citizen. Later became US citizen; and now I have OCI visa that makes me a dual citizen. I have spent half of my life in India, and half in USA. Obviously  I love both the countries, and hope that both the countries progress supporting one another. Both the country show the path of democracy to those unfortunate countries, where democracy is still a distant dream